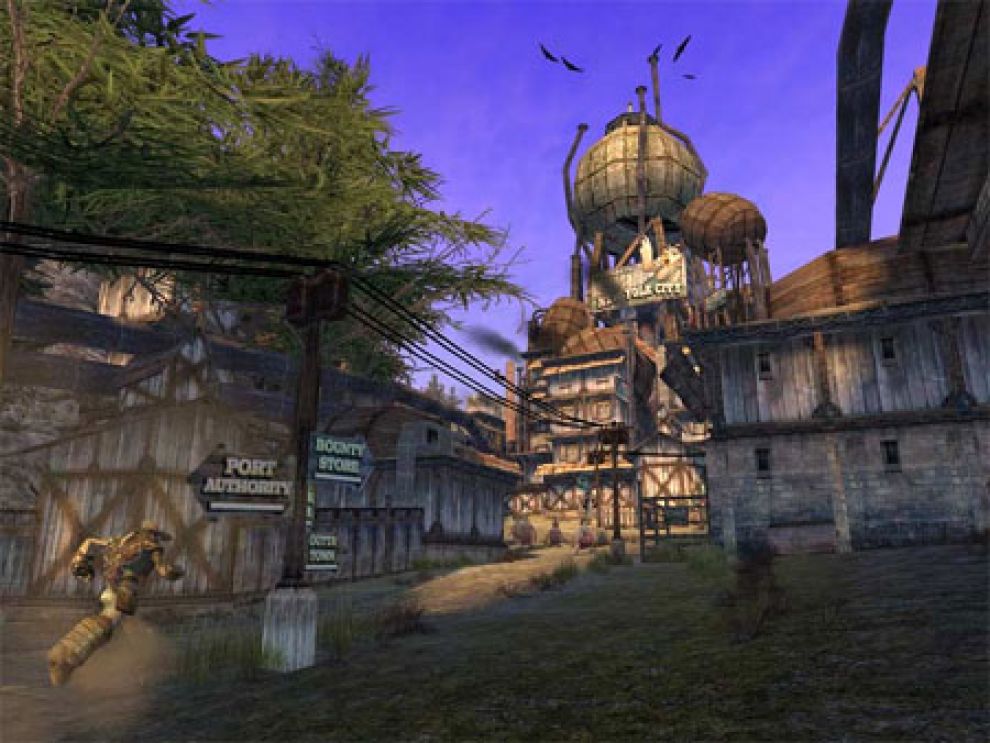 I was visiting Don a couple weeks ago, and he showed me a new video game he’d gotten for his XBox: Oddworld: Stranger’s Wrath.

It looks phenomenal. The screen shots don’t do the game justice. Not only is the CG work incredible…the characterization is equally amazing. It’s so good, it hurts…I want to buy an XBox just to look at this game.

Every object, character, and item oozes with it, which is pretty much what I would expect from Oddworld Inhabitants, creators of the game. They’ve been doing fantastic work for ten years; I should really buy their art book. There’s also a good selection of their past work at the Oddworld Universe.

Somewhat shocking is that Oddworld has closed its doors! The president and creative director, Lorne Lanning, is not seeing a future in game development for an independent content creation company. He’s going to push the company toward CG film; the technology developed fo Stranger’s Exxodus will allow them to create high quality animation for television and cable at a “fraction of the cost”.