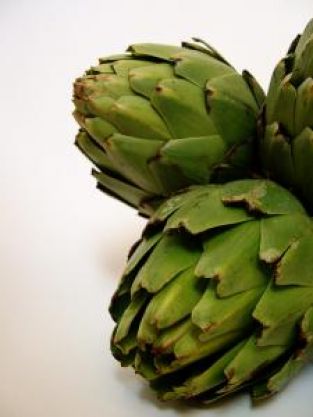 On a whim, I bought an artichoke from the supermarket. I dimly remember having one when I was a kid, and enjoying scraping the leaves with my teeth. I finally decided to cook it today. In the process of skimming such sites as the California Artichoke Advisory Board, I learned: