One of these days I plan on actually trying to noodle with music, but I’ve finally accepted that it’s one of those things that I need to take lessons for to get started. However, as this realization occured just last week, it hadn’t prevented me from already acquring a number of musical instruments already. In the electronic category is a piece of software from a company that I just like: Swedish software developer Propellerheads. They released a software-only synth studio called Reason back in 2001 that, unlike a lot of music software, was rock solid stable. It came in a cool box with cool packaging, ran on both Mac and PC without apology, and was packed with cool samples. It easily replaces ten thousand dollars worth of studio gear, for about 300 bucks, and it’s all virtual. 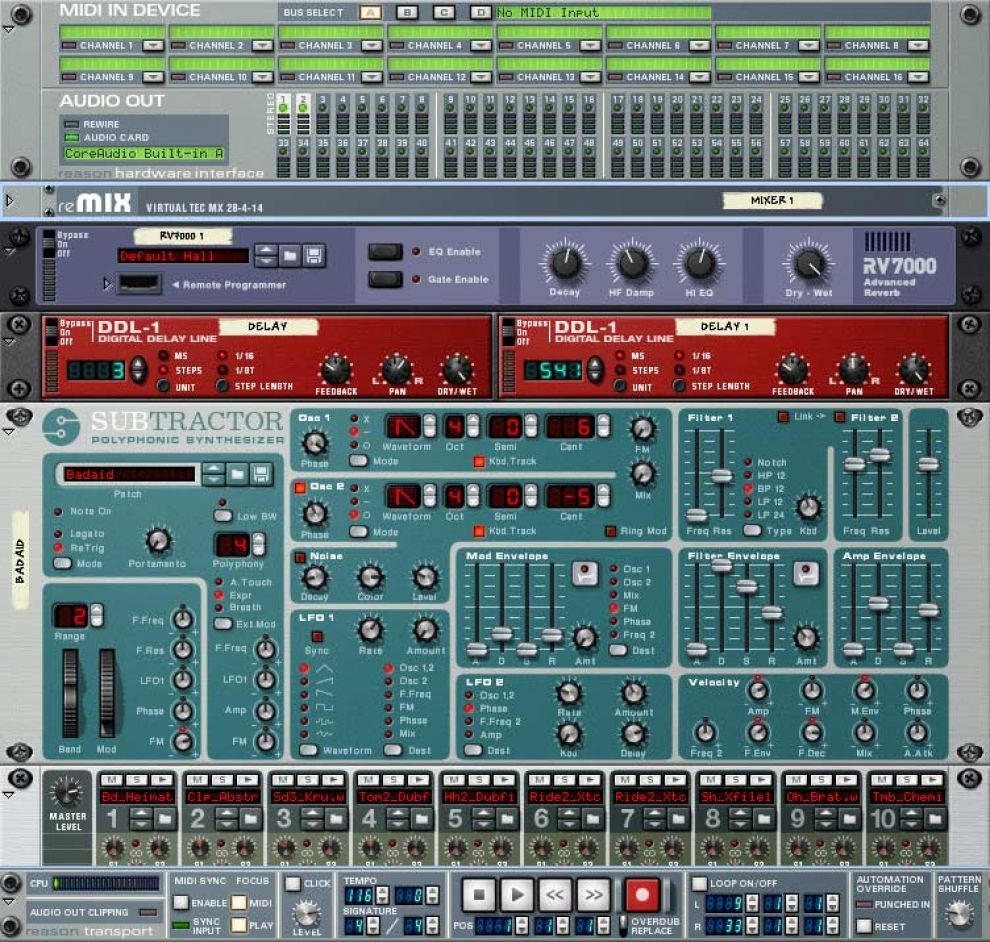 Since then, virtual instruments have become pretty mainstream, but I’m excited to see the Propellerhead is still pushing out their product. I have a copy of Reason that I’ve never really used, music n00b that I am. The GUI is very pretty, too, filled with exciting simulated LCDs, brushed metal, and knobs.