Video Games and The Line 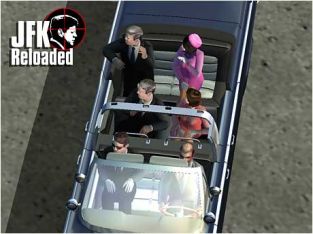 Came across this link to JFK Reloaded, which is apparently a simulation of the assassination of John F. Kennedy. It uses video game technology and ballistics to recreate the crime scene. It’s a fascinating concept that, while similar in content to the spate of WWII and Vietnam first person shooters (FPS), generates a greater feeling of horror. Is it because that we actually know the people involved? In a lot of these FPS games, we assume that the characters are nameless fictional characters in a fictional setting, or they’re monsters of historical proportions (e.g. Hitler) in an alternate history. Participating in the re-enactment of the events seems more macabre.

That JFK Reloaded appears to be a straight-up simulation makes it seem even worse than if it was a twisted parody. On the other hand, from a forensic and training perspective, this is a fascinating product. The US Army already develops and distributes training simulation games in the form of America’s Army, and I expect we will see more 3D simulation of this kind of thing since the hardware capability has been part of the standard PC for at least five years. What is missing is broadly available talent to build convincing 3d worlds; I expect this to change in the next 3-4 years.