Can’t Take the Sky From Me 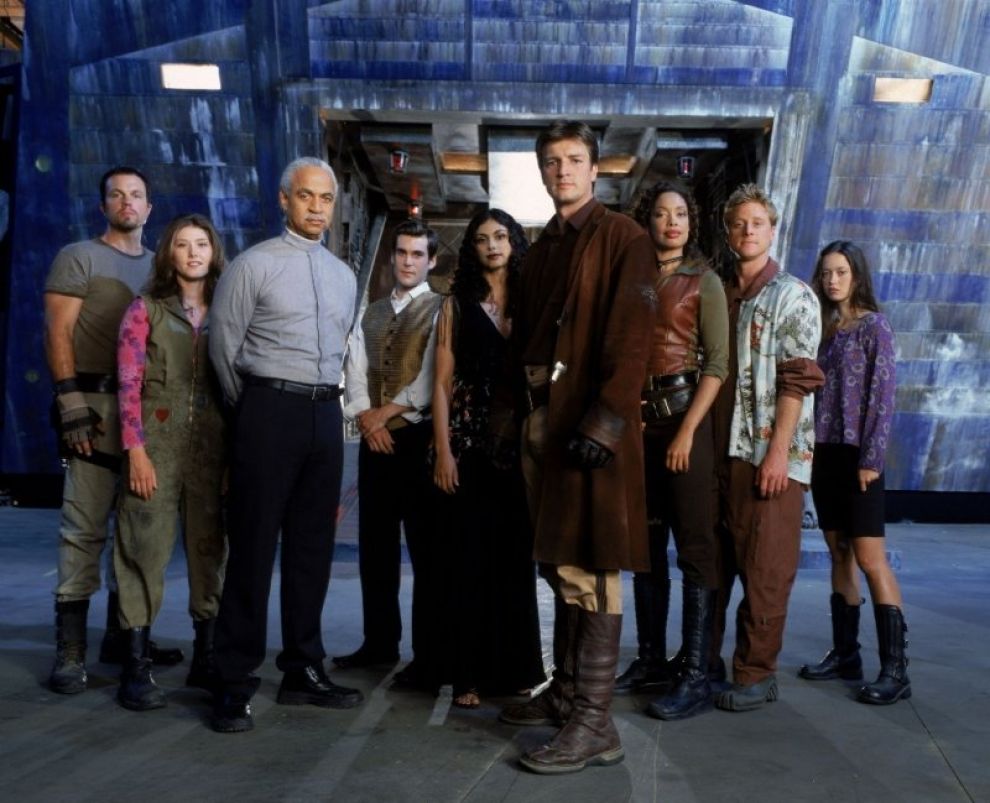 I finally got around to watching Firefly, Joss “Buffy the Vampire Slayer” Whedon’s short-lived Science Fiction Space Western series. I picked it up on a whim several months ago after hearing some buzz about it being cancelled before its time…a mere 9 episodes aired on Fox, at random times and in random order, before it disappeared. The complete series on DVD includes those 9 episodes plus several ones that have never been seen. With over a thousand reviews on Amazon and a solid 5-star ranking, I was hopeful that Firefly would offer a fix for my post-Farscape depression. 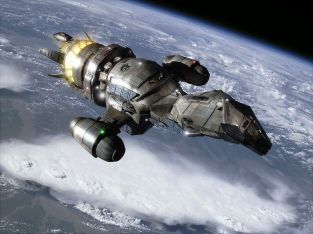 The look of the show isn’t your typical SciFi fare. If you’re used to watching SF with obvious visual cues, you wouldn’t think Firefly was the sort of thing you’d like. On the surface, the show looks like a western, from the dress to the accents right on down to the revolvers and lever-action rifles. There are no aliens, just humans.

Superficially, comparisons that come to mind are Farscape, Cowboy Bebop and Enterprise. You’ve got the rag-tag crew on a ship that’s trying to keep below the radar of the oppressive bad guys. It has a similar rough-and-tumble aura…there’s no prime directive here to get in the way. What I like about the show is the cast of characters…there’s 9 of them, and it’s an ensemble representing, of all things, a family. Farscape’s cast, by comparison, has sharply-defined characters that seem to share the same space. Firefly’s cast feels more maleable, wearing on each other and exuding a surprising warmth that belies their criminal exterior. While watching, I suddenly understood how a friend of mine felt about running his company in a particular way…there’s a morality that goes with being part of a crew, and that’s important. It’s not the same as “doing the right thing”, which leads to some powerful moments in later episodes.

There are other interesting touches:

p>It’s an inspiring work that clearly means something to Whedon. There’s going to be a movie in 2005, which hopefully will re-kick off the series. I’m looking forward to it. It deserves to come back.