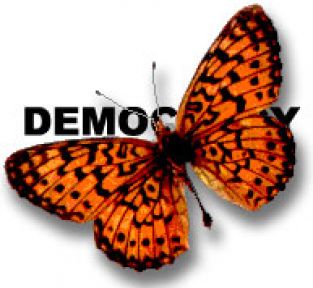 Today I registered to vote for the first time, heading down to the Nashua City Hall to stand in line. A couple of things struck me… the variety of people you see at City Hall, united in their common goal to have their vehicle registration renewed. I felt a small surge of civic duty as I stood in the City Clerk’s Voter Registration Line. It was not unlike the way I felt when waiting to ride the Indiana Jones Adventure at Disneyland; the anticipation was more interesting than the actual experience, which was disappointingly free of drama. I had brought along a small wad of utility bills and other incontrovertible documents to vigorously assert my identity. But no, all they needed was my driver’s license. They even printed out the form for me with everything filled in, and I just had to sign it. Absolutely painless…I give the experience an “B+”. If I had gotten a free sticker, that might have pushed things into “A” territory.