Sunday, October 18, 2015. San Jose and its surrounding neighborhoods remind me how sparsely populated my part of the world is. While Nashua is a fairly large town of 80,000 people, it’s not a city by any means with a strong focus on either technology or community life. This hadn’t been apparent to me until I spent some time with my cousin’s family walking around the town of Campbell. There are parks everywhere, and people doing activities together. Nearby there are all sorts of ethnic restaurants, local venues, and street entrepreneurism with a light rail system. I’m not used to seeing so many people in one place being so relaxed and out in the open. Maybe it has something to do with it being sunny outside all the time. 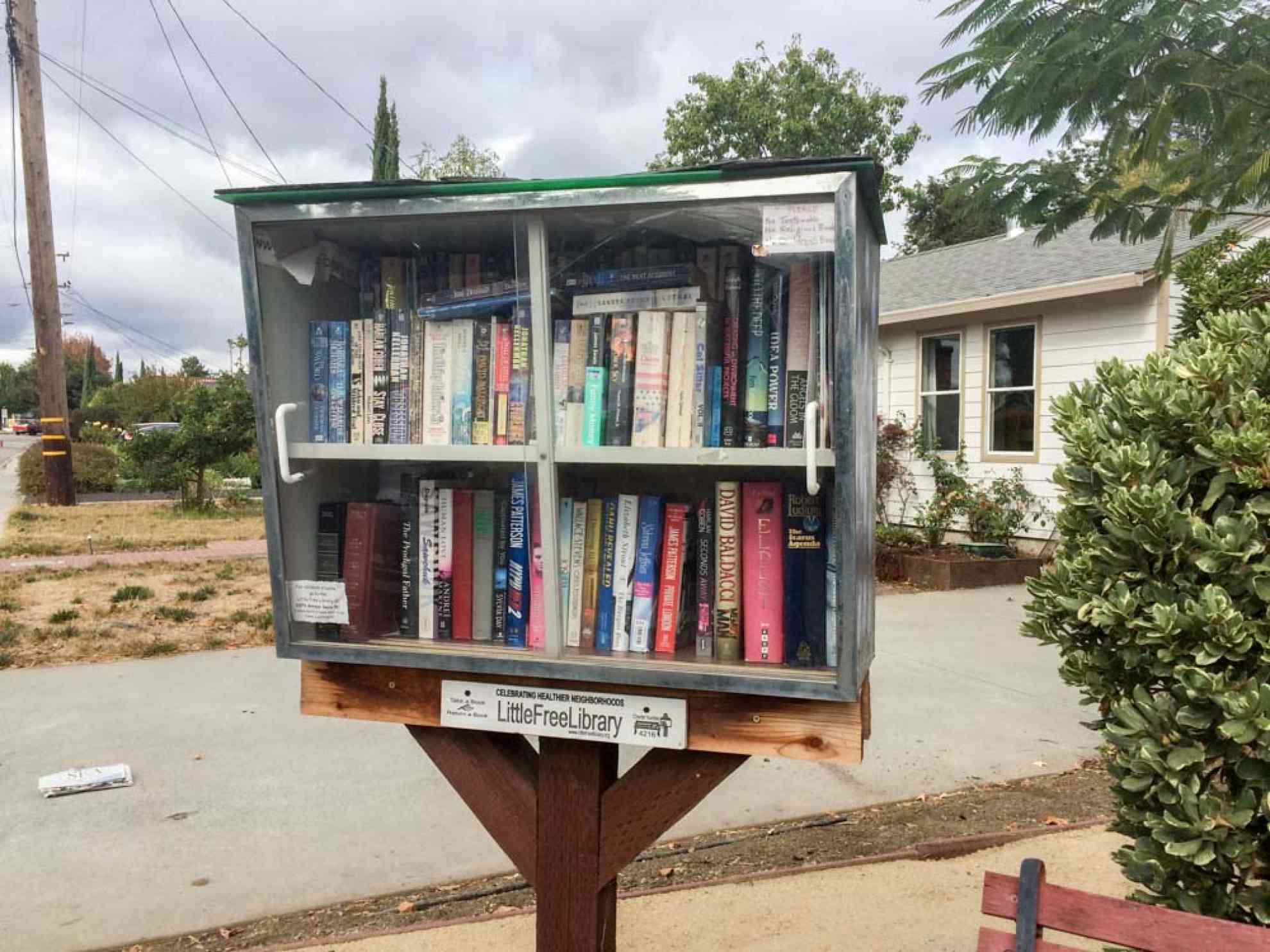 I saw, for the first time, a Little Free Library out in the wild as we were walking. My cousin’s young son Ezra said casually that it was just one of several in the area, and it never had any children’s books. I found it delightful that there even was a Little Free Library in their neighborhood; I suppose it is the sort of thing that sunny skies and residential density makes possible. If I didn’t live in a condominium, I would totally set up a Little Free Library because I love the idea of sharing books with mysterious strangers that share that love with me. 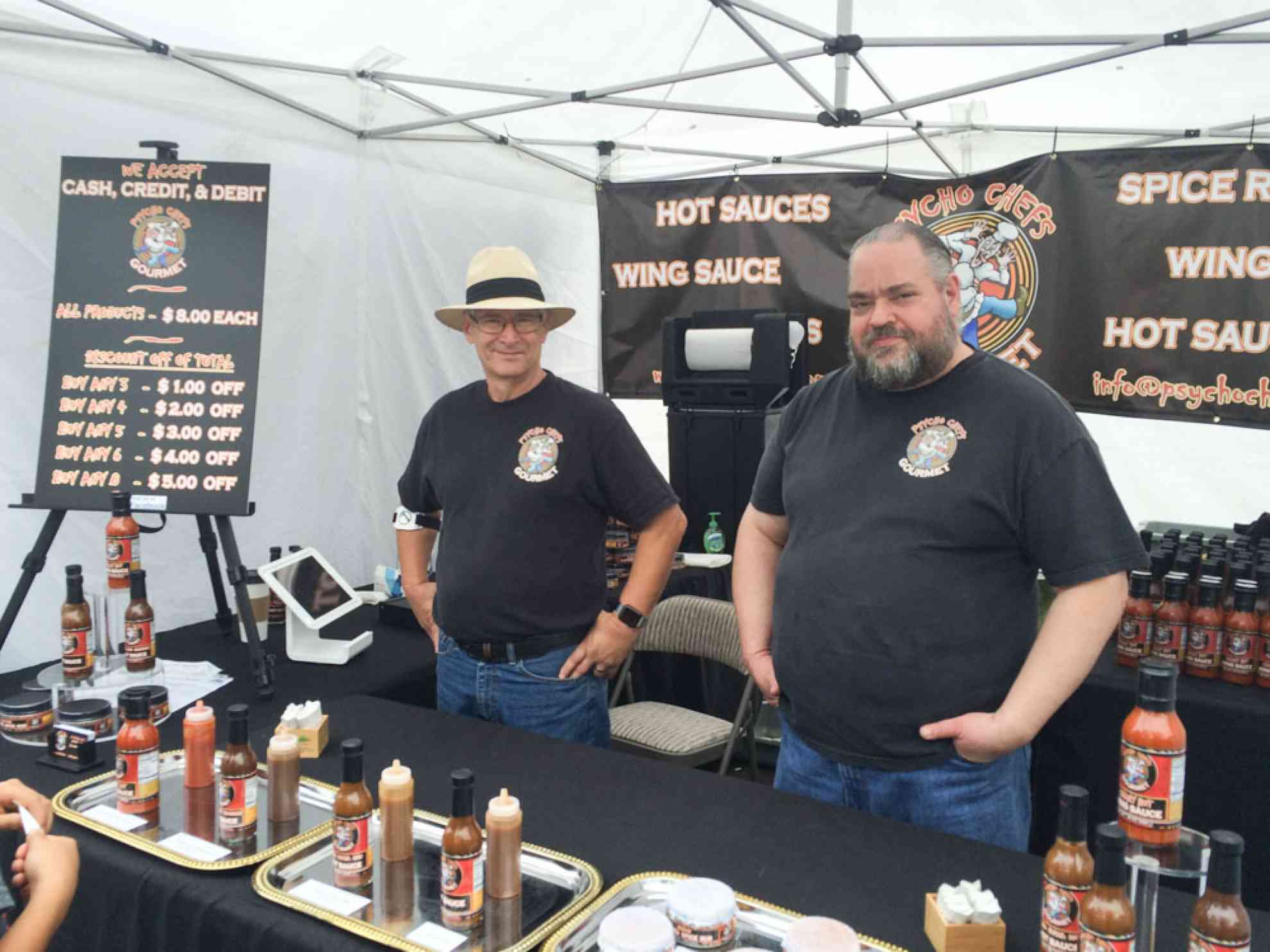 There was also a huge farmer’s market that happens every Sunday in downtown Campbell, so we walked over to see it. As it turned out, this was a special week for their “Oktoberfest”, so all the normal stalls weren’t there. It was very big by “back home” standards, with hundreds of vendors selling all manners of art, crafts, and food. I love seeing entrepreneurs hanging their shingle up at events like this. I got to try the hot sauce from these two guys who run Psycho Chefs, a gourmet food operation based in San Jose. They had a really good tomato-based hot sauce that would also be great on french fries. I’m getting hungry just thinking about it. 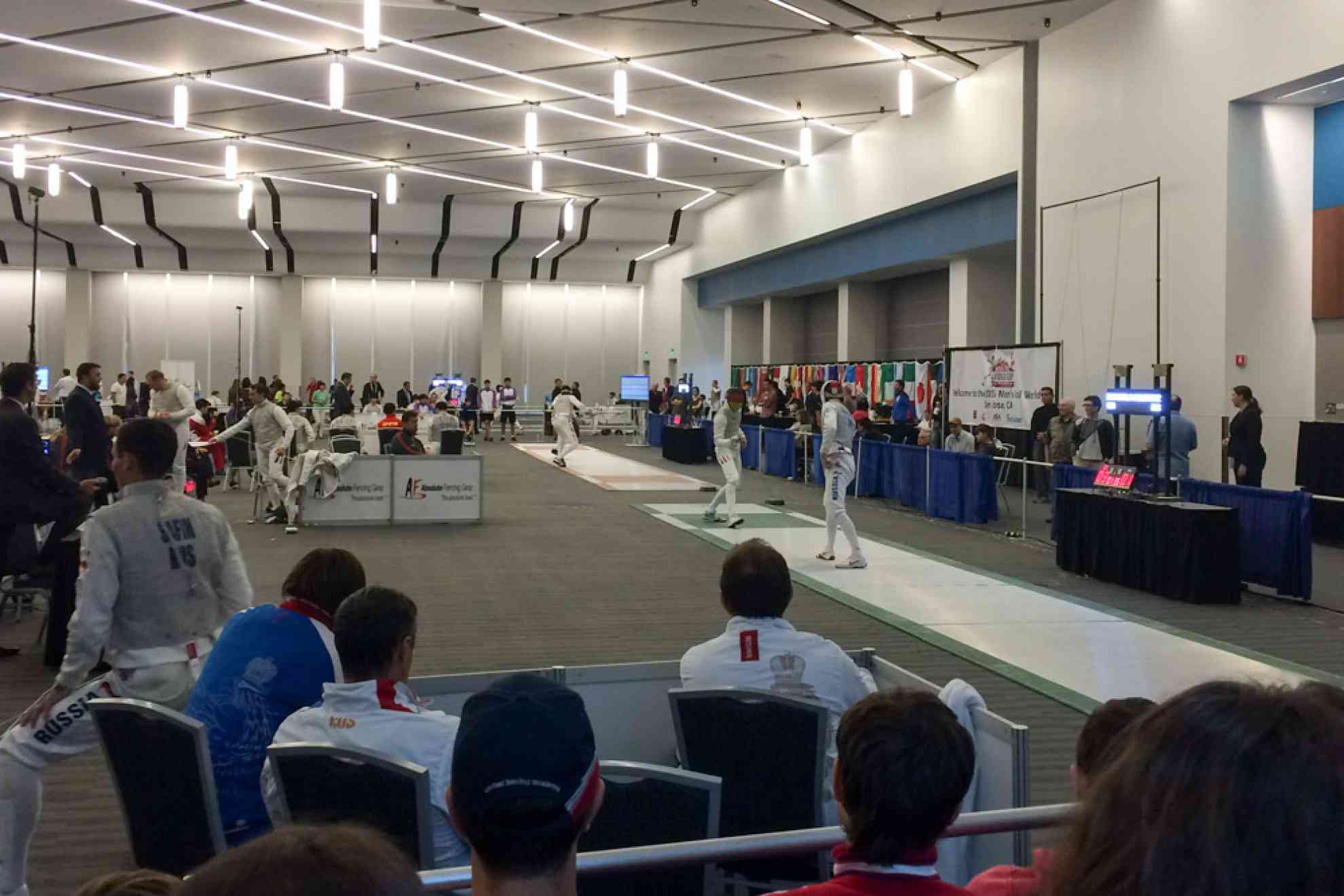 My cousin’s son Ezra has been taking fencing lessons, we all went to see the Men’s Foil World Cup tournament that happened to be in downtown San Jose at the convention center while I’m visiting. It was a surprisingly small and intimate event, attended largely by the international teams, other fencers, and their friends and family. Everything fit into the space of a large gymnasium. However, what was going on was WORLD CLASS FENCING. Ezra explained to us how fencing worked, and I tried to figure out what factors seemed to make the difference between the various competitors. I googled a few names, and eventually it dawned on me that many of the fencers competing less than 50 feet in front of me were Olympic veterans, and I was REALLY LUCKY to be able to see this up close. Not bad for $30!

A few other random observations: